A map of the proposed routes by their assigned color and a draft image of the different signs to be used along the routes can be found here.

Howard County has been making significant progress in expanding the bicycle network, improving facility comfort and accommodations, and promoting more active transportation opportunities. Improving route identification and wayfinding is another way that Howard County can further improve the network helping to guide users to the County’s best routes and destinations. Wayfinding signage with an easily recognizable logo and simple directions and distances can help people feel more comfortable using the County’s bicycle network and increase the number of people who choose riding a bicycle instead of driving a car.

The 2016 BikeHoward Master Plan identifies the overall network of both existing and planned routes creating an interconnected web linking destinations throughout the County. This is an important concept to ensure transportation equity for all potential users of the network. Although certain linkages are prioritized for improvements, the Master Plan does not identify the main bicycling corridors that form the primary arteries of the bicycle network. Similar to a roadway network hierarchy, the bicycling network should have main corridors and lower volume connector routes and local paths that link with different origin and destination points. The main corridors would be routes that can accommodate higher volumes of diverse riders in a low-stress capacity, and that provide the best and easiest connections between the main origin and destination points throughout the County. Routes that are infrequently used or challenging due to traffic, lack of continuity, or topography would not be ideal candidates for designation as a main bikeway corridor.

This planning study sought to identify the main arteries of the bicycle network, which can help the County to further prioritize network improvements and help riders feel more comfortable with popular routes. These routes were identified with stakeholder input to ensure the best pathways and destinations were identified.

The first step in the process was a survey and wiki map that were active in September and October 2019. The purpose of this survey was to:

Results from the survey are included in the BAG presentation from November 2019.

The Howard County Bicycle Advisory Group (BAG) hosted a presentation and discussion about the draft wayfinding routes and logos on November 18, 2019. 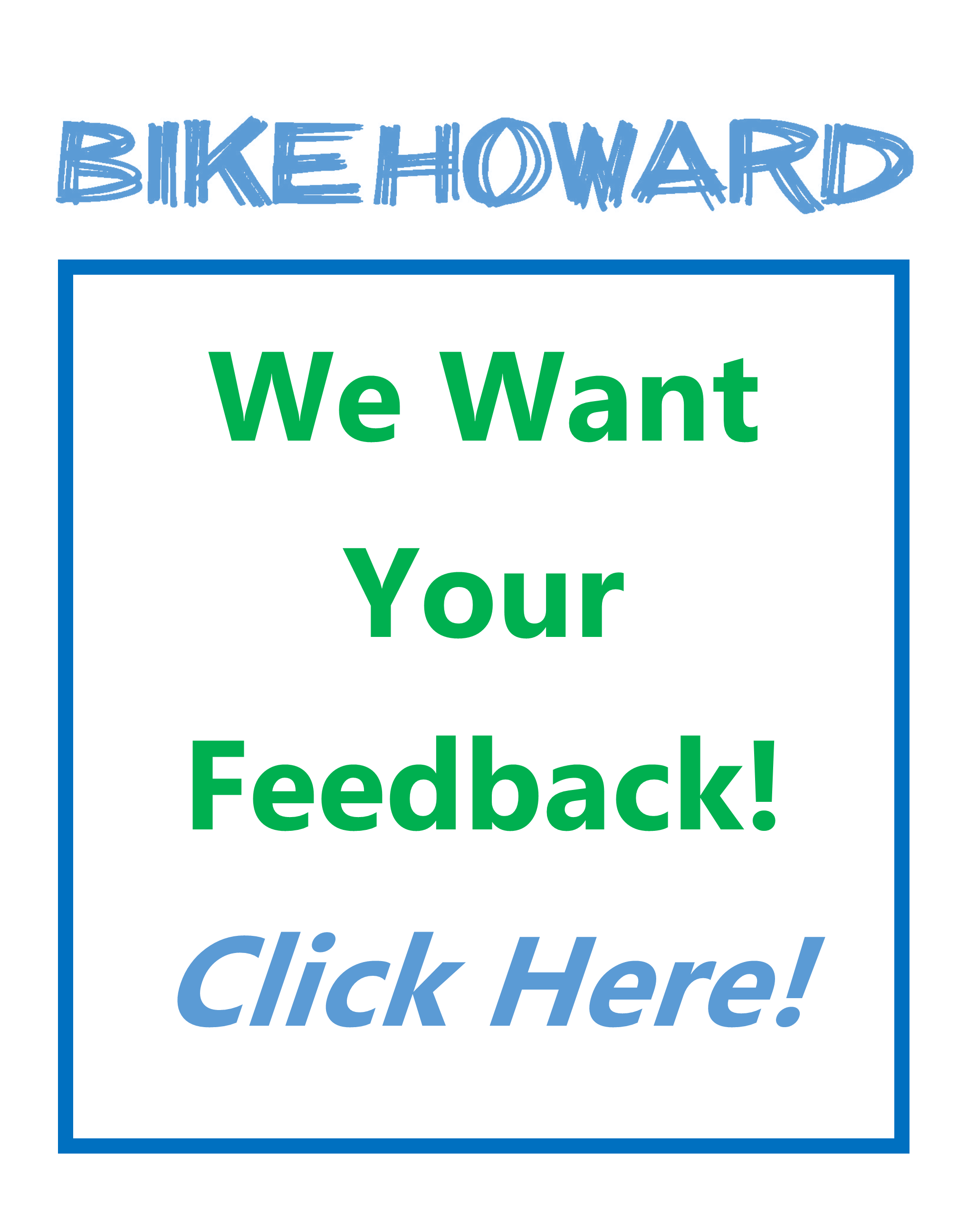